The Hon Justice Peter Applegarth AM

Peter Applegarth graduated in 1975 to study Arts and Law. He became active in campaigns for civil liberties and against the abuse of power. After gaining first class honours in law, he won a scholarship to study post-graduate law at Oxford. After 1986, he combined a busy practice as a barrister with pro bono work for people in need. He served on the executive of the Council for Civil Liberties, on the board of Legal Aid Queensland and on the Queensland Law Reform Commission.

As a barrister, Peter acted in defence of freedom of speech and for the media at the Fitzgerald Inquiry: helping expose police and political corruption.

Peter became Senior Counsel in 2001 and in 2008 was appointed to the Supreme Court.
He presides over complex and high profile trials. Peter has improved access to justice with reforms to civil procedure and support for self-represented litigants.

After hours, Peter teaches law and serves on law faculties and at the UQ Pro Bono Centre. He is a Fellow of the Australian Academy of Law. He chairs the Queensland Law Reform Commission.
In 2020, Peter became a Member of the Order of Australia for significant service to law, judiciary and social justice. 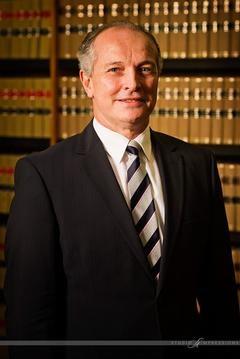