Ray graduated in 1952 and, in 1953, began his career with the Royal Australian Air Force (RAAF) as an Officer Cadet.

Ray had many different roles within the RAAF, being an Operational Pilot, Squadron Commander and Staff Officer before becoming the inaugural Vice-Chief of the Australian Defence Force. His career highlight came in 1987 when he was appointed Chief of Air Staff.

Retiring from the RAAF in 1992, Ray was the manager of the project that established the Australian Defence Force's first strategic level college. He was its Principal from 1994 until 1999. He subsequently served on several Ministerial advisory bodies in the areas of asylum seekers and immigration detention until his retirement in 2018.

Ray is a graduate of the RAAF College, the RAAF Staff College, the US Air War College and the Royal College of Defence Studies. He holds a Master's Degree in Political Science and a Graduate Diploma in Administration. 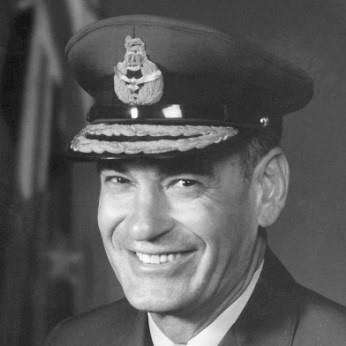